Could Tyrod Taylor have a renaissance season for the Houston Texans? by Aarron Van Buren
Ranking the All-Time Houston Texans Head Coaches by Mitch Hill

With no shortage of speculation about the Texans trading away their quarterback, Deshaun Watson, the rumor mill is proving tough to translate.

It almost feels like the ramp-up to the NFL Draft for fans of the Houston Texans, who are probably checking their social media accounts and news feeds on an hourly basis to see whether or not quarterback Deshaun Watson is being traded or if he’s staying in place.

Depending on whichever insider or media personality you pay attention to, the latest scoop and inevitable outcome differ greatly.

Here’s what’s known: Watson ultimately reported to training camp despite being “at war” with the front office seemingly all offseason. And in spite of his off-field allegations of sexual misconduct and sexual assault, he’s remained adamant about wanting a trade regardless of whether or not he’s still employed by Houston.

Here’s what’s not known: Will another team out there, potentially the Philadelphia Eagles, be in the market for a blockbuster Watson trade?

The Eagles were reportedly favorites to offer up a lucrative package for Watson. In the wake of Indianapolis Colts quarterback Carson Wentz’s recent foot injury and recovery, however, the trickle-down ramifications stemming from draft-pick compensation and contingencies have made Philadelphia slightly less of a front-runner. 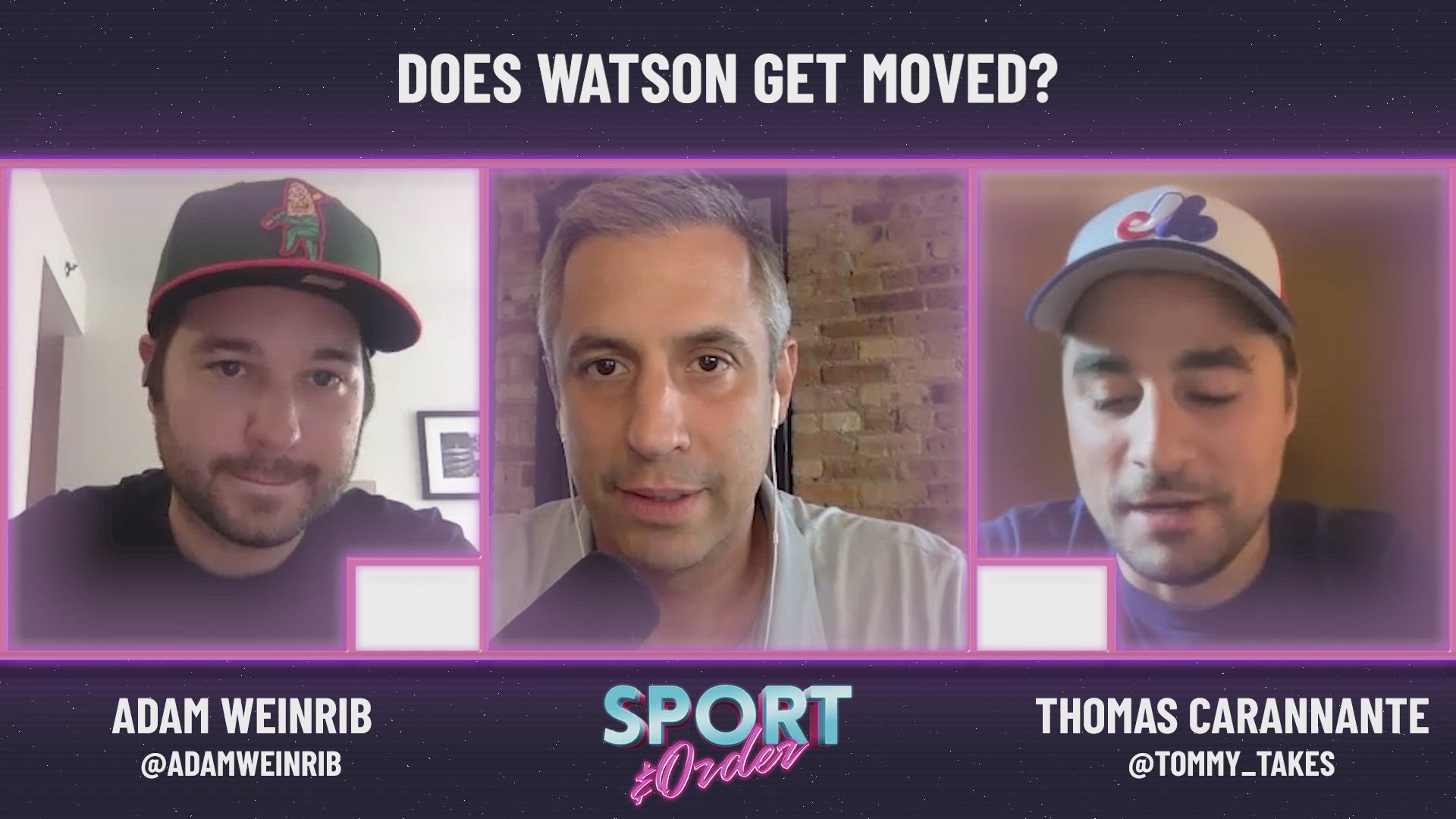 Wentz’s trade involved a conditional second-round pick if he played 75 percent of snaps for the Colts this season. With that not quite likely now, Philly only has two first-round picks in 2022 to offer up for Watson, not the presumed three if Wentz stayed healthy for all of 2021.

But is that blocking the Eagles from making a move? It depends on who you believe.

On Wednesday, CBS Sports’ Chris Trapasso cited a source saying “talks are heating up” between both the Eagles and Texans for a would-be Watson trade, further adding, “both sides attempting to come to an agreement.”

Source: Talks are heating up between #Eagles and #Texans on a Deshaun Watson trade. Still some hurdles to get over. But both sides attempting to come to an agreement.

Yet that report from Trapasso was quickly shot down by Pro Football Talk’s Mike Florio, who contrasted this by citing another source saying those talks weren’t heating up at all:

Source says contrary to a report that trade talks between Eagles and Texans for Deshaun Watson are "heating up," they are not.

Confusing? Absolutely. A lot like the annual “smoke and mirrors” campaigns teams often run leading up to the NFL Draft?

Houston could have possibly leaked news of increased talks with Philadelphia, potentially to drive up interest in the hopes of getting other teams involved in a would-be bidding war for Watson’s services.

Likewise, someone from within the Eagles front office could have told Florio the contrary, especially if they didn’t want the Texans’ asking price to get too far out of hand.

Or, as is certainly possible, the talks haven’t gone anywhere outside of just some initial conversations, which are always prevalent between teams anyway. It’s anyone’s guess.

Either way, the moral of the story is just how confusing and convoluted the whole situation has been, and it still wouldn’t be a shock if Watson is still employed by Houston by the time Week 1 rolls around.

Next: 5 players you forgot played for the Texans
Top Stories